During the attack on the Clover Kingdom by the Diamond Kingdom, Yami saves the captain of the Golden Dawn, William Vangeance, from Lotus's attack. Yami then asks William a question that's been on his mind for quite some time. Meanwhile, Asta runs into Yuno in Kiten and they are confronted by Finral's younger half-brother, Langris. Langris was always beaming with potential and joined the elite Magic Knight Squad of the Golden Dawn and became the vice-captain. He also despises his older brother Finral and considers him a total failure. Langris mocks his brother as well as the other Black Bulls and Finral finally stands up to him... 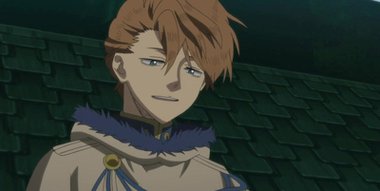