Frank's esteem for an old friend and late socialite proves to be a mistake when her son threatens to publicly reveal who she really was. Jamie asks Erin for help apprehending a perp who shot at him after learning she chose not to send him to prison six months ago. Eddie clashes with her new boss. Danny drags Baez into a case involving a suspicious grieving couple.

Next episode
S10E04 - Another Look 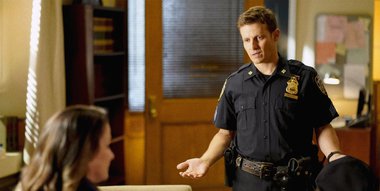