While the Clover Kingdom was trying to get back onto its feet, the citizens learn that the one behind the destruction of their homes is called the devil, and many of them grew to hate the devil. Some of these people had gathered and created a group called the Devil Banishers. Because the Magic Parliament did not immediately punish the supposed servants of the devil, they decide to go after Asta and Nero and take matters into their own hands. 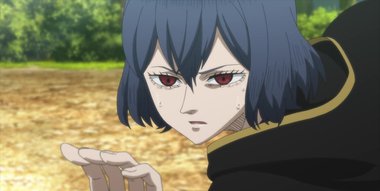