Fanzell ends up bring Mars and Ladros to where Asta was fighting. In order to defeat Ladros who absorbs the magic of his enemies, Fanzell thinks of a plan to have Asta's anti-magic counter that. Asta doesn't really understand what's going on but does what Fanzell asks him to do. He bats away Fana's spirit magic with his sword. Meanwhile, Mars sees Fana, and...

Next episode
S01E62 - Bettering One Another 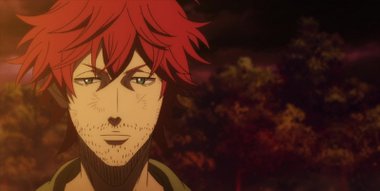