Working alongside Mars, Asta is able to stop Fana from self-destructing. Fana regains her senses and they ask her what happened. However, Fana doesn't remember the events that happened after she had lost consciousness, other than she felt the strong need to take back the magic stones and that she was being controlled by someone's extreme hatred. Meanwhile, Ladros, who they thought they'd defeated, comes back even stronger and attacks them. The attack was so sudden that everyone didn't have time to react. Asta tries to face Ladros alone, and...

Next episode
S01E63 - Not in the Slightest 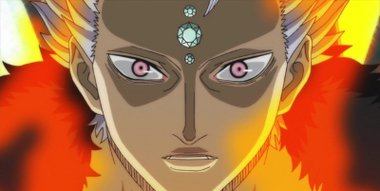