Much to the irritation of both the Clover King and Solid, Asta and Yuno have made it through the first round. For the second round Asta's team face Kirsch's team. Zora looks forward to his chance to humiliate a royal. Asta confronts Zora about his cheating, but Zora points out he has not technically broken any rules. Kirsch covers the entire battlefield in a storm of flower petal illusion magic. Asta uses the Anti-magic demons power to perform a new move, Black Hurricane, which erases the petals, nullifies Kirsch's illusions and even nullifies all Zora's traps. Zora is irritated until Asta tells him he never cared about his tactics; he only wanted them to work as a team. Zora has a flashback to his father and decides to cooperate by revealing how his magic works. Kirsch is furious his beautiful spell was ruined by Asta’s peasant magic, and abandons Magna and Sol to attack alone. Asta tries to draw him into Zora's new traps but Kirsch avoids them with detection magic. He begins to attack Asta but suddenly falls into a pit Zora dug by hand, so as to avoid it being discovered by Kirsch’s detection magic. Asta then knocks the furious Kirsch unconscious and thanks Zora for working as a team. 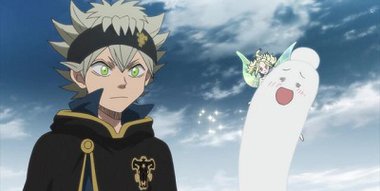