Sol hides their crystal inside her golem and traps Mimosa. Magna attacks with a new fireball Asta is unable to deflect. Kirsch dreams of a starving peasant child he saw stealing and felt only disgust. Sol remembers when she was almost kidnapped by bandits and a boy who had promised to protect her was too scared to fight, and she was saved by Captain Charlotte instead. Sol berates Kirsch for fighting only for selfish reasons. Asta begins to anticipate Magna's attacks and Zora casts a trap that knocks Magna unconscious. Kirsch tries to unleash his full power on Asta but is caught in another trap and knocked out by Asta again. Sol finds her golem has been infiltrated by Mimosa's plants, allowing Asta to destroy the crystal. Zora points out where Sol, Magna and Kirsch need improvements. Mimosa recalls the starving child being fed by another starving child which made her realise that a peasant's difficult life can sometimes make them the kindest people. 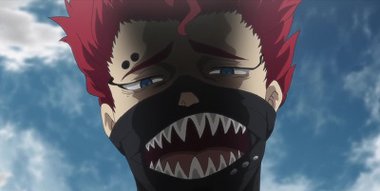