The Life of a Certain Man

The Wizard King intervenes while Finral's wounds are treated. Asta insults Langris' behaviour as unworthy of a magic knight. Langris requests the Wizard King allow him to fight the Bulls for their semi-final match, then attacks Asta. The Wizard King intervenes with his Time Magic and decides to allow the fight on condition it is fought by exam rules using their normal teams. Many people notice that Langris is not acting like himself. A flashback shows that the Wizard King suspects a magic knight might be a traitor without even realising it and is using the exam to identify the unwitting knight. Langris abandons his teammates and attacks Asta, demanding that he admit Finral is weak and Langris is a true knight. Asta loses body parts but keeps fighting with help from Mimosa's healing magic. Knowing he cannot use his demon power again Asta manoeuvres Langris into Zora's trap. Zora remembers his father, a magic knight who was murdered by his own squad for being a peasant. Zora then took on the character of a doll his father gave him, a warrior who protected the country in secret, and became a vigilante specialising in punishing magic knights who abused their powers. 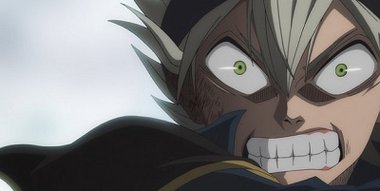