Langris recalls how his parents doted on him and arranged for him to marry a noble lady named Finnes Calmreich, whereas Finral was neglected. Langris was enraged to find Finnes preferred the weaker Finral instead of him. Langris attacks Finral's crystal, expecting to defeat Finral easily but is shocked when Finral cancels his attack. Finral explains that when two different spatial spells collide the mana currents cancel each other out. Leopold and Hamon attack the enemy crystal and duel with Flagil. Finral teleports Sekke away to the Black Bulls base where he is punished by Yami for disturbing him on the toilet. Enraged that Finral dare stand up to him Langris prepares his most powerful attack spell. Finral, who always regretted not being closer to Langris, begs him to stop. Further enraged at Finral's attempt to act like an older brother Langris attacks and though Finral tries to fight back his crystal is destroyed and parts of his body are violently teleported away. Langris' team are declared the winners. Langris recalls that while his parents loved him for being powerful everyone else loved Finral for being kind. Unable to handle his rage Langris prepares to attack and murder the unconscious Finral, but is stopped when Asta and the Bulls furiously storm onto the battlefield to defend Finral.

Next episode
S01E81 - The Life of a Certain Man 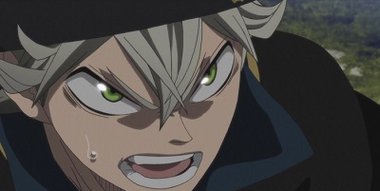