Yuno and Rill prepare to fight. Asta is upset he missed his chance to duel Yuno in the final match. Yuno and Rill begin their duel while Rill's teammates duel Noelle and En. Yuno is unable to get past Rill's defences. As Rill is a squad captain Yuno decides to use a spell he was saving for his duel with Asta. Combining his battle experience with his vast amount of mana Yuno merges himself with Sylph. Using the full power of Sylph Yuno attacks Rill, and though Rill manages to block Yuno's spell his crystal is destroyed. The Wizard King determines that Rill used so much power he accidentally blew up his own crystal, resulting in victory for Yuno, Noelle and En. The Wizard King announces that based on their performance during the exam he will select between 10 and 20 knights to become Royal Knights. The Wizard King determines that Langris was the knight being secretly manipulated by the Midnight Sun but remains suspicious that something else is going on. Despite feeling upset Asta swears to Yuno that he will catch up to him one day. As he is leaving Zora is confronted by the Wizard King who reveals he knew Zora's father, Zara, and that he created the star system to honour Zara, so that magic knights would get recognition for their deeds, whether they are noble or peasant. He further reveals he plans to make Zora a Royal Knight, but suggests that from now on Zora only wear the robes of the magic squad he already belongs to.

Next episode
S01E85 - Together in the Bath 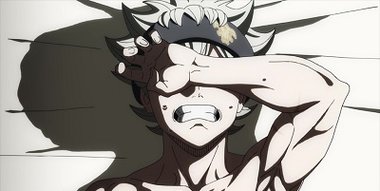