Together in the Bath

Having failed to face Yuno in a duel Asta becomes depressed and unresponsive to the Bulls efforts to cheer him up. The other Bulls are all nervous about the results of the exam and excited to find out which of them has been chosen as a Royal Knight. To snap them all out of their odd behaviour Yami orders them to participate in a team bath. While in the bath Yami reminisces about his past when he first joined the Grey Deer squad, now known as the Aqua Deer squad, with the Wizard King as his squad captain. He was hired by villagers to protect their harvest from bandits in exchange for food since the villagers had no money. Yami agreed but while fighting the bandits was overwhelmed by their numbers, until he received help from Captain Vangeance, who at that time was only another member of the Grey Deer’s, not yet a captain. Together they captured all the bandits except the leader who escaped. Before going their separate ways Yami and Vangeance decided to become rivals and see who would become a Squad Captain first, and their rivalry continued for many years afterward.

Next episode
S01E86 - Yami and Vangeance 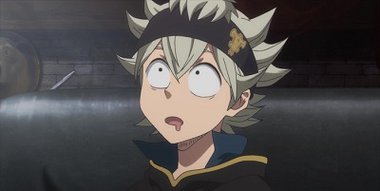