The Clover Kingdom is thrown into chaos as people calling themselves “elves” attack. These effects were visible at the Crimson Lion Kings’ base, as well. Vice Captain Randall’s personality had completely changed and he attacked his comrades. Because of the sheer difference in power, the other members of the Crimson Lion Kings start to give up, but Leopold refuses to do so. As the younger brother of the captains Fuegoleon and Mereoleona, Leopold refuses to lose!

Next episode
S01E99 - The Desperate Path Toward Survival 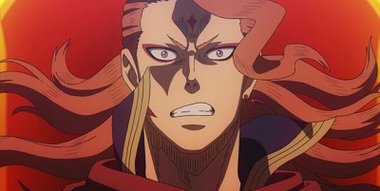