The effects of the reincarnation spell had affected some of the Royal Knights back at the floating dungeon as well. Luck was fighting alongside Noelle when suddenly, he attacks his friends with extremely powerful magic. Meanwhile, Raia’s magic is also enhanced from the spell and suddenly, the captain of the Aqua Deer, Rill, also appears before them. Just like Luck, his personality had changed and he attacks Asta and the others. After being forced to face off with the ones calling themselves elves, Captain Mereoleona...

Next episode
S01E98 - The Sleeping Lion 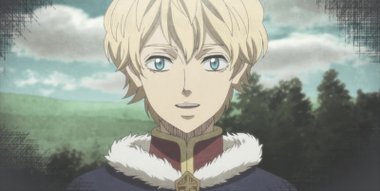