After receiving an emergency message from Julius’s aide, Marx, Yami hurries to the scene of Julius and Licht’s battle. However, once he gets there, he sees an unbelievable sight. Meanwhile, the Royal Knights continued their battle at the Eye of the Midnight Sun’s hideout. Captain Mereoleona had the final member of the Third Eye, Raia, cornered. Seeing no way out, Raia was about to activate a self-destruct spell when Asta nullifies his spell and then gives him a piece of his mind. 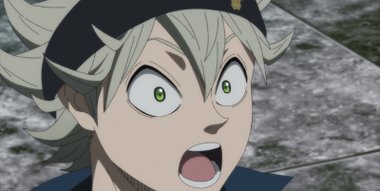