Long ago, there were beings with very high magical powers living in the Clover Kingdom called elves. The elf Licht possessed a four-leaf grimoire and he lived peacefully with his brethren, who trusted him greatly. One day, a human named Tetia and her older brother happened to come by their village. Her older brother also had a four-leaf grimoire just like Licht and hoped to bring humans and elves together. The siblings and Licht shared similar ideals, so they became rather close, and eventually, Tetia became pregnant with Licht’s child. But then, a great tragedy fell upon the elves...

Next episode
S01E96 - The Black Bulls Captain vs. the Crimson Wild Rose 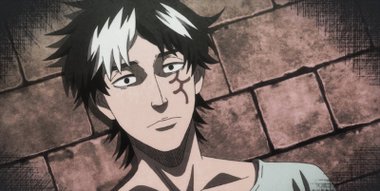