After heroically saving a mother and newborn baby from a rooftop fire, Kidd receives surprising news when she discovers she is being transferred out of the firehouse. Severide and Casey believe something is off about the turn of events, prompting them to investigate the situation. Otis and Herrmann discuss the possibilities of taking over a rundown bar and Dawson's frustration with her father, Ramon, reaches a boiling point. 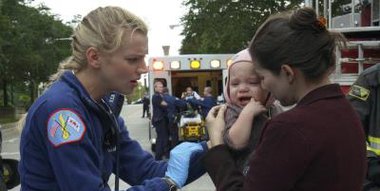