In the first part of a crossover with Chicago P.D., a series of teen opioid overdoses sees Severide partner with Roman, but he begins to suspect there's more to the story than his old friend is telling him. Casey tries to be there for Brett as she considers her birth mother's offer to meet.

Next episode
S08E16 - The Tendency of a Drowning Victim 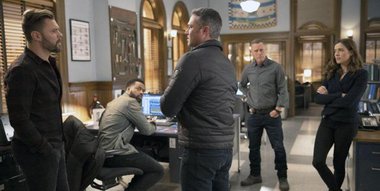