After learning the school fire wasn't an accident, Chief Boden turns up the pressure on Severide and Casey to investigate the cause of the fire that trapped his wife. Fueled by a competitive bet against Firehouse 87, Mouch pushes all of the wrong buttons in his need to win the competitive challenge known as the firefighter muster. Meanwhile, as Kidd settles into her new living arrangement, her unresolved feelings prompt her to question the intentions of newcomer Hope.

Next episode
S06E03 - An Even Bigger Surprise 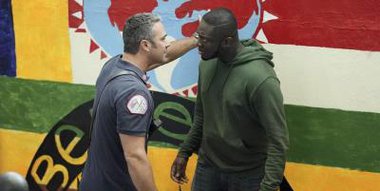