The Woman Standing in the Window (Part Two)

Saki, who may have incurred the enmity of Tatsuko, Tachibana, and Michiyo, dies after falling from her apartment. Conan determines her death was not a suicide but a murder. He deduces that Saki was blackmailing one of the three using something she witnessed, and they killed her in order to keep her quiet. Conan and his friends tell Detective Takagi about the three suspects, and since Tatsuko has an alibi, he goes to question the other two. The police believe Michiyo murdered Saki after her secret was discovered, but something doesn't seem right to Conan... 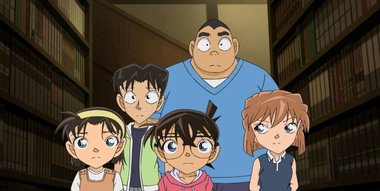