Juliana Crain finds herself in a new world. In the wake of an attack on Trade Minister Tagomi, Chief Inspector Kido begins a crackdown against the suspected culprits: the Black Communist Rebellion. John Smith leads a military incursion into the Neutral Zone to capture Wyatt Price and his rebel army. Helen Smith’s new independence is tested as John comes to claim his daughters. 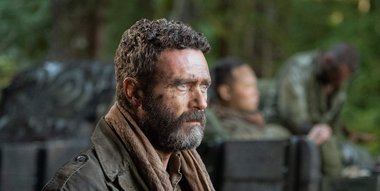