Detective Jake Peralta is a talented, but carefree police detective at Brooklyn's ninety-ninth precinct who, along with his eclectic group of colleagues, are used to having a lax captain around the office. However, when tightly-wound Captain Ray Holt takes over, he is determined to make this dysfunctional group of detectives into the best precinct in Brooklyn. 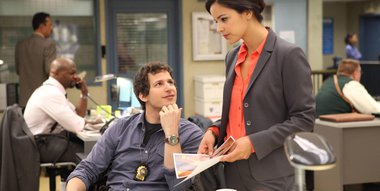