When the remains of U.S. soldiers who served in World War II are uncovered in Southeast Asia, Elizabeth’s hopes of bringing them home quickly fade when a stubborn leader stands in her way. Also, Henry and Stevie find themselves publicly targeted by a restaurant owner who is angry about Elizabeth’s policies, and Alison volunteers for a local congressional campaign. 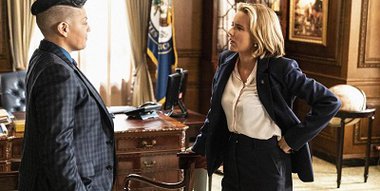