When the warden asks Jake to investigate Romero's drug smuggling operation, Jake and Caleb find themselves caught between the loyalty Jake has sworn to both of them. Meanwhile, Amy is offered a deal by a local mobster who claims he can prove that Hawkins is guilty, but Holt and the rest of the gang think they have a safer plan. 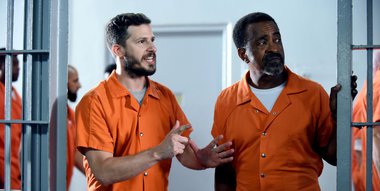