A Wound on the Heart

Mitsuki is complaining about the worsening of his body, and turns up at Orochimaru’s research laboratory. Orochimaru and Mitsuki’s sibling, Log, hear stories from Mitsuki in order to figure out the root cause of his worsening condition. According to Mitsuki’s stories, whenever he used to fall asleep, he never had a ‘Dream’. But lately, it seems as though he has started to ‘Dream’ quite often. After hearing the discussion, Orochimaru considers something: The experiences up until now seem to have left some sort of impression upon Mitsuki’s heart and mind. Moreover, those influences appear to have even affected his body and health…!?

Next episode
S01E106 - The Steam Ninja Scrolls: The S-Rank Mission!! 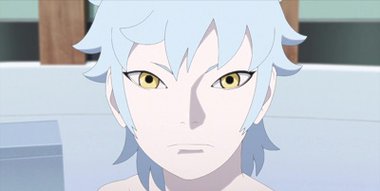