After Boruto hears some passing words about the young genin being with his father, and the fact that his father also wasn’t present at his birthday celebration, he feels more and more angry and lonely. During this time, Boruto and his team, Team 7, receive the mission to “capture the party of train theives who are hiding out in a town near the border of the Land of Fire”. 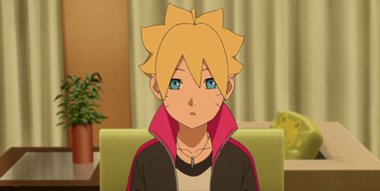