Liv, Clive and Ravi investigate the suspicious death of Cornell Piercey, the head of Piercey Corp, a successful traffic app company. Melissa Schultz, Cornell's ex-girlfriend, is now running the company, makes an interesting reveal to Liv and Clive. Meanwhile, Peyton is focusing on maintaining positive zombie PR in the city. Lastly, Blaine is intrigued when he meets Al Bronson of Bluster Magazine, as she is not at all what he was expecting. 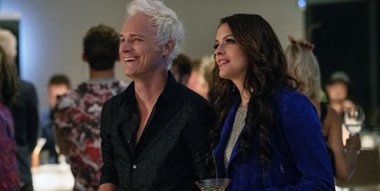