The first Disney movie with attitude.

This animated take on Oliver Twist re-imagines Oliver as an adorable orphaned kitten who struggles to survive in New York City and falls in with a band of canine criminals led by an evil human. First, Oliver meets Dodger, a carefree mutt with street savoir faire. But when Oliver meets wealthy Jenny on one of the gang's thieving missions, his life changes forever. 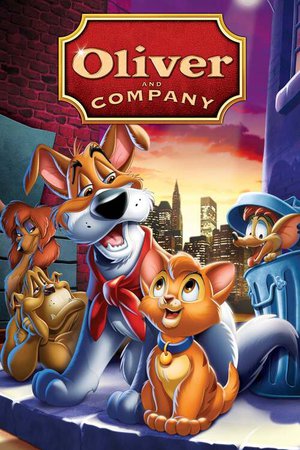