Spencer gives his Dad an ultimatum about his new player, but after talking to Jordan, Spencer has a better understanding of what is really bothering him. After Coop shows off her rapping skills at school, she becomes more confident in her ability and decides to enter a freestyle battle. Olivia reluctantly joins the So Cal Muse group with Laura’s encouragement, but Olivia learns that this might help create her own identity. Meanwhile, Layla is still not acting like herself and Spencer grows concerned after what he sees.

Next episode
S02E04 - They Reminisce Over You 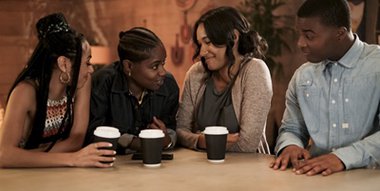