Lucifer is excited to investigate the murder of his favorite action movie hero, Wesley Cabot. Longtime rival Rolf Van Zandt initially is a suspect, but the investigation soon shifts. Meanwhile, Uriel shows up and Amenadiel is forced to come clean about his lost powers. Also, Lucifer and Uriel fight about Chloe and their mother. 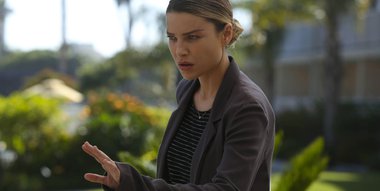