While in Wells' secret room, Barry learns about his battle with the Reverse-Flash in the future, as well as key moments in his life that include marrying Iris, a promotion at the CCPD, and that he created the artificial consciousness known as Gideon in the future. Barry, Caitlin, Cisco and Joe set a trap for Wells. Cisco uses himself as prey which puts him in grave danger. Meanwhile, Eddie makes a decision regarding Iris, which leaves Joe a bit unsettled. 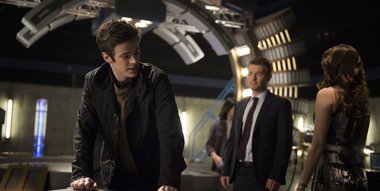