The Ladies Who Lunch

Maisy Gibbons' series of unfortunate events shock the residents of Wisteria Lane when she is finally caught and arrested for prostitution. This leaves unexpected consequences for Bree and Rex when Maisys' little black book becomes public of all her clients. Gabrielle and Carlos also face a crisis of their own when the sewer system goes out at their house. Also, Lynette braves a scandal herself when it's rumored that the twins started the school's head lice epidemic. Meanwhile, as Susan sinks into depression over her breakup with Mike, she finds a surprising ally.

Next episode
S01E17 - There Won't Be Trumpets 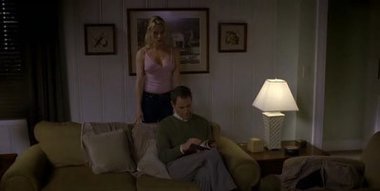