Live Alone and Like It (a.k.a. An Unexpected Song)

Lynette learns that no good deed goes unpunished when she momentarily befriends the mean Mrs. McClusky. Susan's mother decides to try and jump start her and her daughter's love lives. Andrew talks to a priest about his feelings, and tells him of his shocking plans for his mother, Bree. Gabrielle has her credit card declined in an upscale restaurant, and Carlos sends Gabrielle a big message about what will happen if she leaves him. 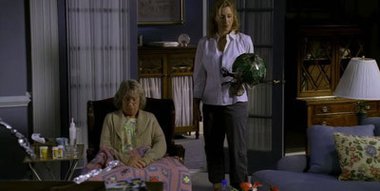