Bree confides that she feels guilty because she and Rex were having a fight when he had his heart attack and that now he needs a pacemaker. Lynette's marriage takes a dramatic turn after an upset Tom vows that it is now her turn to go back to work and he'll be staying home with the kids. Carlos finally learns that John and Gabrielle have been lovers for a while, and vows revenge as he is carted off to jail. Mike takes Paul out to a deserted quarry, intending to shoot him. 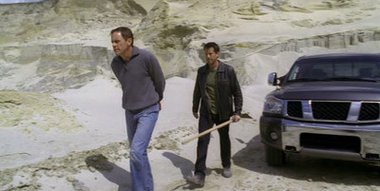