On the distant planet Gundalia, the Twelve Orders discuss the explosion caused by Ren and Dan's battle in Bakugan Interspace. Kazarina, the head of the Bakugan Biology Research lab, is unable to identify the strong powerful Bakugan that caused the explosion. So, Emperor Barodius orders that this bakugan be brought to them before it joins their enemy. Back on Earth, Jake and Julie still believe that what Dan saw was a dream, though he is still convinced that it was real. Just then, Marucho calls and everyone heads to Bakugan Interspace, where Ren confesses that he is a humanoid alien being from Gundalia looking for strong battlers to help fend of the invading Neathians. Though hesitant, the Brawlers accept and track down two moles identified by Ren, Sid Arcale and Lena Isis and a battle ensues. Though Sid and Lena gain the upperhand, Dan pulls through with Jetkor and wins the battle. Everyone congratulates Dan on the victory. However, there may be more to Ren than meets the eye. 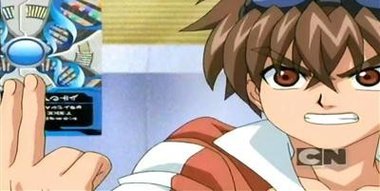