With Dan and Drago captured, Kazarina discovers similarities between Drago and Dharak's DNA and discovers a way to use that DNA to make Dharak evolve. Fabia informs Ren and Mason about Jesse, Lena, and Zenet being hypnotized so Mason takes them to Nurzak's secret lair. Meanwhile, Shun and Marucho split up to find Dan and Jake. Shun discovers Dan but is forced to escape after being discovered by Lumagrowl. Marucho however, gets dragged into a presentation in which Jake teaches the Gundalian soldiers how to defeat the brawlers. Marucho is so distraught by how much Jake has changed and challenges him to a battle. Marucho tries a number of times to reach out to Jake, but fails. After the battle is over, the floor begins cracking and Marucho falls. Luckily, Shun arrives in time to save him and they head to meet the others. 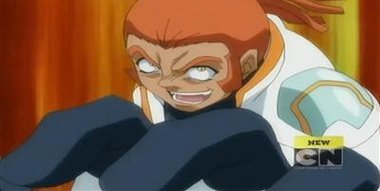