As the Brawlers arrive on Neathia, Fabia introduces them to her older sister, Queen Serena. She then takes the brawlers to see the Sacred Orb, the true target of Barodious' conquest. Shun asks her whether it was this or the Element Barodius was after to which she replies that the Element was merely a portion of the Sacred Orbs power and that the Sacred Orb is the real target. Meanwhile, Barodious scolds Ren, Lena, Zenet, Mason and Jesse for seriously failing their initial plan to gain the Brawlers' trust and violenty commands the Twelve Orders to attack Neathia. The Brawlers do their best to hold the Gundalians off while Dan and Drago fight Barodius and Dharak Colossus but they succeed in breaking through Neathia's second shield. While the fighting is going on, Captain Elright, who was captured in episode 11, escapes from one of Gundalian's Stabber Knights and joins the battle. Just before Drago and Dharak can engage in further combat, the Sacred Orb suddenly teleports all the Gundalians away. The Neathians celebrate their victory as Fabia, Dan, Jake, Marucho, and Shun are made Castle Knights, the highest honor on the planet Neathia. 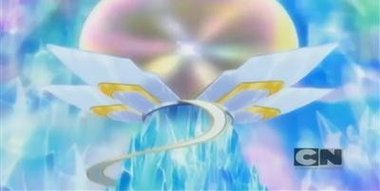