Arriving at King’s Landing, Ned is shocked to learn of the Crown’s profligacy from his new advisors. At Castle Black, Jon Snow impresses Tyrion at the expense of greener recruits. Suspecting the Lannisters had a hand in Bran’s fall, Catelyn covertly follows her husband to King’s Landing, where she is intercepted by Petyr Baelish, a.k.a. “Littlefinger,” a shrewd longtime ally and brothel owner. Cersei and Jaime ponder the implications of Bran’s recovery; Arya studies swordsmanship. On the road to Vaes Dothrak, Daenerys finds herself at odds with Viserys. 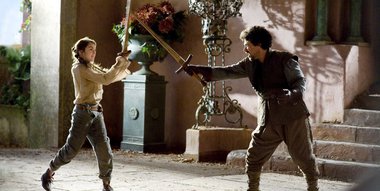