Ned looks for clues to the death of his predecessor, and uncovers one of King Robert’s bastards. Robert and his guests witness a tournament honoring Ned. Jon takes measures to protect Sam from further abuse at Castle Black; a frustrated Viserys clashes with Daenerys in Vaes Dothrak; Sansa imagines her future as a queen, while Arya envisions a far different future. Catelyn rallies her husband’s allies to make a point, while Tyrion finds himself caught in the wrong place at the wrong time. 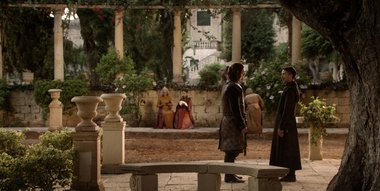